Book review 22: JOHN – the book about the life of Jesus Christ, the Son of God 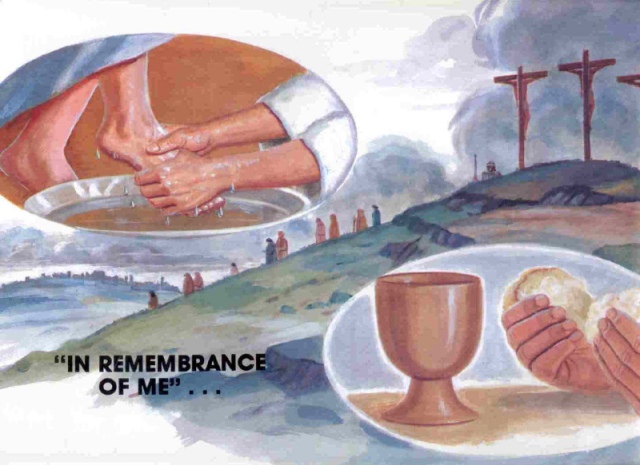 This last of the four gospels was written at approx. 90 A.D. by the apostle John, a son of Zebedee (Matthew 4:21), and Salome, a devoted one of the Lord (Mark 15:40; 16:1): The Lord Jesus called him, together with his brother, the apostle James, “sons of thunder” (Mark 3:17). Was this because of their spirit, which (initially) called for judgment (Luke 9:52-56)? And yet this apostle was later called pre-eminently “the apostle of love”. The Spirit of Christ had changed him that much by His sanctifying works of grace. His nickname became later on “the disciple whom Jesus loved” or “who loved Jesus” (John 13:23; 21:7).
Did Matthew describe Jesus in his gospel as the King of the Kingdom of heaven; Mark described Him as the Servant of God, “Who let his ear be bored through with an awl” (Psalm 40:7-9; Exodus 21:5-6), and Who had served God as the Lamb of God to take away the sin of the world (John 1:29). Luke described Him as the New Man, the second Adam (1 Corinthians 15:45-47), Who was to defeat satan for man – by His obedience unto God, even unto death (Philippians 2:7-8). John, on the other hand, described Him as the Only Begotten Son of God (John 1:14), the Lord of heaven, Who would fill the, by Him, purified person Himself with godliness and perfection/ fullness (2 Peter 1:4; Ephesians 1:23; Isaiah 60:1-3), sharing with him/her His own body (Romans 8:17; 1 Corinthians 12:2 and 27). Because of this, this Gospel is pre-eminently the Gospel for the last days, thus the time wherein we now live; the time wherein God, already here on earth, will fill His Church, temporarily at least part of it, with His perfection, namely His Bride(church) (Revelation 12:1; 14:5; Ephesians 5:27; 1 Peter 1:3-5). Therefore it is not surprising that John, after having introduced Jesus as the incarnate (i.e. the becoming man or flesh) Living Son of God (see chapter 1), involves this Son of God in a Marriage (see chapter 2:1-12).

Jesus Christ, the Son of God is the only Gate (Entrance) to eternal, Godly life

The sevenfold introduction of Jesus Christ

I.  The first introduction:
Jesus was God’s Word before His carnation; He was with God and was God.

JOHN 1 verse 1-2, “In the beginning (of creation) was the Word (already), and the Word was with God, and the Word was God. The same (Word) was in the beginning with God.
Jesus was and is and will (always) be the express image of God’s autonomy (see Hebrews 1:3), the only begotten Son of the Father (see John 1:14 and 18; 3:16 and 18), originated from the eternity of the past; the visible Part of the invisible God (see Colossians 1:15; John 1:18); the Firstborn of all God’s children (see Romans 8:39). And God’s children received their son-ship, because they have become members of His Body (see Ephesians 1:23). And Jesus, after His atoning death on behalf of man, is seated at the right hand of God as the Head of the Church, and as High-priest (see Hebrews 1:3; Philippians 2:9-11; Revelation 5:6; Daniel 7:13-14).

II.  The second introduction:
Jesus was the Creator of heaven and earth.

JOHN 1 verse 3, “All things were made by him; and without him was not any thing made that was made.”
Jesus was also the Creator of all visible and invisible things (the world of the angels – see Hebrews 1:10); Who in the beginning, with the Father and the Spirit, created heaven and earth as the second Person in the Godhead (see Genesis 1:1), as the spoken Word of God (see Psalm 148:1-6), Who works through His sent-abroad Spirit (see Psalm 104:30; Revelation 5:6).

III.  The third introduction:
Jesus is our God-given Savior.

God offers man grace through Jesus Christ
JOHN 1 verse 5,              “And the light shineth in darkness; and the darkness (namely mankind surrounded/enveloped and controlled by darkness) comprehended it not.”

JOHN 1 verse 9-11,         “That was the true Light, which (as the Son of man) lighteth every man that cometh into the world. He was in the world, and the world was made by him, and the world knew him not. He came unto his own, and hiw own received him not.”
God’s outstretched hand unto salvation is not accepted by the majority of the people, wherefore this majority unfortunately is condemned (i.e. will have to be sentenced to hellish punishment), because they prefer to remain in the darkness, in sin, that is in the power of the evil one (1 John 5:19), whereby they irrevocably come under the judgment and condemnation of God (Romans 2:12).

JOHN 1 verse 15, “John bare witness of him, and cried, saying, This was he of whom I spake, He that cometh after me is preferred (was always already) before me: for he was (here) before me.”
John the Baptist, as His herald (i.e. someone, who in former days announced a prince, and made announcements, and such like, in his name), was to announce the first coming of the Savior, namely His coming as Man and Lamb of God (Malachi 3:1), that men might believe in Him. For man only receives salvation simply and solely from God by his/her faith in Jesus Christ (John 3:16) – Who, by His death and resurrection, has won the victory for him/her over the sinful nature, the spiritual death, the nature of satan, wherein he/she was born – by opening his/her heart, his/her life, his/her being, completely for the Spirit of this resurrected Lord unto the salvation of his/her being (Titus 2:11; 3:3-7), unto the sharing of His death and resurrection (for it is a gift, a present from Him to share in this) (Romans 6:5).

JOHN 1 verse 12-13, “But as many as received him, to them gave he power to become the sons of God, even to them that believe (sincerely) on his name: Which were born, not of blood, nor of the will of the flesh, nor of the will of man, but of God.”
But all, who accepted Him, all, who open their sinful being repentantly unto Him, and yield to Him, will receive Him in the Spirit (Revelation 3:20). He has all power in heaven and on earth (Matthew 28:18) and will destroy, if we sincerely desire this, also in us all powers and influences of satan (1 John 3:8), our completely sinful old “I”-life, and will them come in us with His life (2 Corinthians 4:10-11). His Spirit is the Power, Who will make us children of God, yes sons of God (whereby noted, that spiritually mature/perfect daughters also, spiritually seen, are/become sons of God), truly born of God, and will so be filled, saturated, in the Spirit of this resurrected Lord!

JOHN 1 verse 14, “And the Word was made flesh (and thus Man), and dwelt among us, (and we beheld his glory, the glory as of the only begotten of the Father), full of grace and truth.”
That eternal Word of God was made Man among men to die, for the reconciliation of man, as their sin offering, as God’s requirement for the salvation of men from before the foundation of this world (1 Peter 1:18-20; Revelation 13:8b). He came as, and was, God’s spoken Word with regard to sinful man: He was full of grace and truth!

JOHN 1 verse 16, “And of His fullness have all we received, and grace for grace.”
From Him we receive grace for grace, for there is not a single merit of ours. We receive this from His limitless fullness, until we have become His equal (2 Corinthians 3:18; Ephesians 4:13; 1 John 3:2) by the redemption and renewal, and the filling with His quickening Spirit (Ephesians 1:23) and Word (Hebrews 4:12).

JOHN 1 verse 17, “For the law (of the Old Covenant) was given by Moses, but grace and truth (of the New Covenant) came (in force) by Jesus Christ.”
In the Old Covenant God gave the Law, wherein was stated the way man was to live before the face of his/her holy God. In the New Covenant God gave us Jesus. By Him, that is: by His Spirit, we too are filled with grace and truth (after that we have believed His Word, and let it work in our heart and life) that He could saturate us with His Spirit (1 Corinthians 12:13) and His Word.

JOHN 1 verse 18, “No man hath seen God at any time; the only begotten Son, which is in the bosom of the Father, he hath declared him (= made Him known).”
We get to know intimately, and taste, the Being of God by the indwelling fullness of the Bringer of grace, the Lamb of God; and this knowledge is eternal life (John 17:3). Then we live His life instead of our life, and lead also a life full of grace and truth, just like Him. So we will be made unto a dwelling of God, a dwelling for His Spirit (Ephesians 2:22).